John Cage was born in Los Angeles on September 5th 1912 and died on 12th of August in New York City. He is considered one of the most significant and influential composers of the 20st century.

Additional to his work as a composer he was engaged in painting and philosophy and was a designated mushroom connoisseur. His oeuvre contains compositional and theoretical key works of the 20st century and had crucial impact on the artist movements of Happening and Fluxus. Among his teachers were important composers like Adolph Weiss, Henry Cowell and Arnold Schönberg.

Cage met the choreographer and dancer Merce Cunningham in the late 1930s who later became his private and professional partner. Cage composed a large number of pieces for prepared piano and percussion instruments in his first period of work before he turned, influenced by Zen Buddhism, towards indeterminate chance operations based on star maps, the oracle book »I-Ching«, wood grains or computer based procedures. His breakthrough in Europe at the end of the 1950s was moreover very significant for the European avantgarde. In the following years Cage developed and intensive travel activity that he maintained till the end of his life.

John Cage, member of the National Academy and the Institute of Arts and Letters of the USA, left a tremendous legacy, which is not completely explored yet. His compositions and notations, which very often went beyond the musical sphere, have inspired a huge amount of creative workers and humanities scholars already during his lifetime. 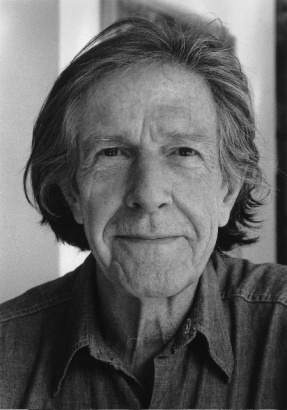